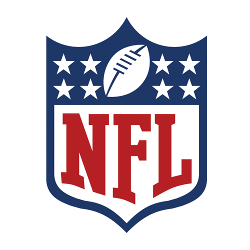 Nov 15
1:10
AM ET
By Mike Wells | ESPN.com
NASHVILLE, Tenn. â Observed in the locker room after the Indianapolis Coltsâ 30-27 victory over the Tennessee Titans

Still perfect: Pagano and quarterback Andrew Luckâs run of not losing back-to-back games was on the line when they went into the half trailing 17-6. But the Colts outscored the Titans 24-10 in the second half to make sure that didnât happen.

Heyward-Bey hurt: Receiver Darrius Heyward-Bey missed part of the second half with an ankle injury. He wanted to get back on the field, but Pagano said they decided to keep him out. Heyward-Bey finished one catch for 10 yards.
Tags:

Nov 15
1:03
AM ET
By Paul Kuharsky | ESPN.com
NASHVILLE, Tenn. -- Observed and heard in the locker room after the Tennessee Titans' 30-27 loss to the Indianapolis Colts at LP Field:

Fitzpatrick
Maybe a new offense: The Titans had the Colts on their heels early with a hurry-up, spread out offense. The element of surprise wore off and the Colts settled in against it. But I suspect we're going to see a lot more of it. It's what Ryan Fitzpatrick is best at, and with Jake Locker finished for the season, Fitzpatrick isn't a fill-in now. This is his offense, and that may well be what it looks like. "That's something I really enjoy," Fitzpatrick said of the no-huddle. "... I feel like we operate at a higher level when we've got that tempo going."

That onside kick: The Titans have tried this spinning onside kick twice before during this season, including Sunday at the end of the loss to the Jaguars. No tee. Ball sideways on the line. It was handled easily again. Kicker Rob Bironas said everyone with the team knows he can chop a more traditional onside kick that bounces high. He didn't sound like a giant fan of what the team has been trying. "It's not playing into our favor," Bironas said. "I don't think there are any players in this locker room that call their own plays. I give it my best effort, the idea behind it is obviously to get it to bounce off the hands. You hit a high bounce, it hangs up there for two, two-and-a-half seconds, your men get blocked, it goes more than 12 yards, you've got an easy catch. We see it all the time, it doesn't work all the time." In case you missed it, here's something from the past couple days about the attempt against Jacksonville.

Common theme: A lot of guys talked about how the Titans have to stick together. But a team that's lost five of it's past six couldn't be much worse if it fractured. If somebody really popped off about what he thinks the issue is, perhaps it could shock the team back to life. "This sucks," strong safety Bernard Pollard said. "There are so many things that I want to say that I can't. We put so much in weekly and we're not getting what we want on Sunday or Thursday. ... As far as being a professional, I've learned my lesson on what to say, and how to say it and who to say it to."

Check pkuharsky at Instagram for a few postgame pictures.
Tags: